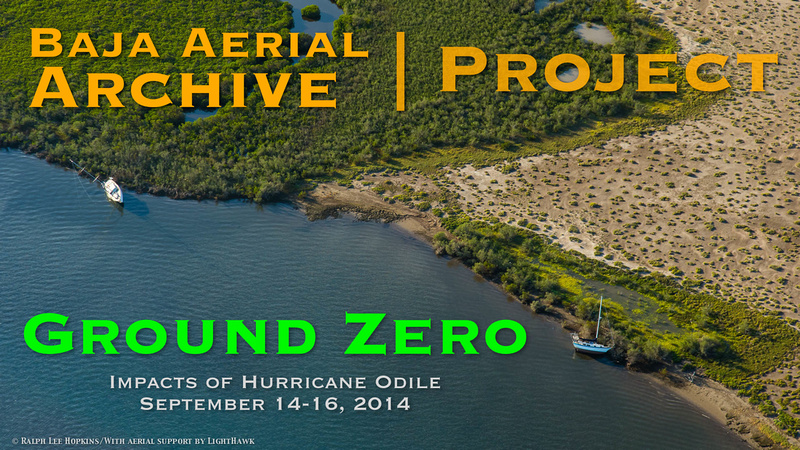 With only a few days notice, we depart Tucson on Sunday morning, September 28, 2015. The sense of urgency comes from the timing, being only two-weeks after the strongest hurricane in history to hit Baja California. Hurricane Odile was a category 3 storm packing winds nearly 120 miles per hour walloping Cabo San Lucas and much of Baja California Sur. This was the storm I’ve been waiting for to document the changes in Baja’s coastline, with unfortunate consequences for poorly planned resorts and marinas built in harms way. 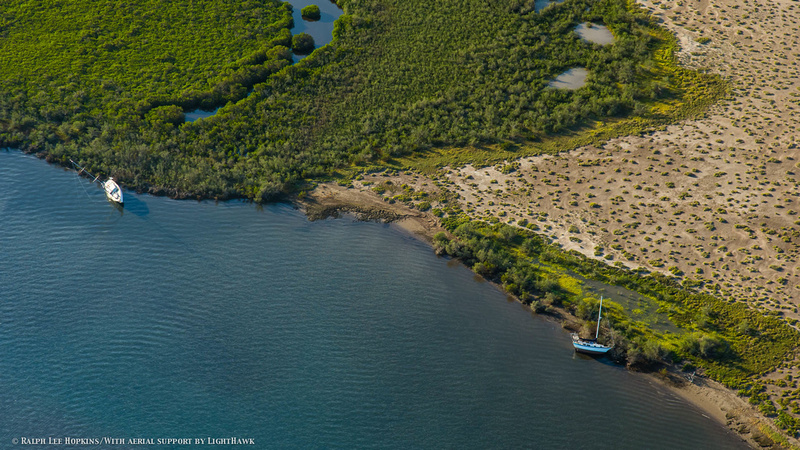 It’s not the missing doors that worries me, but crossing the cobalt blue Sea of Cortez only 1300 feet about the waves. This is a doors off photographic mission with LightHawk. Our pilot, Chuck Schroll, is a Baja veteran and knows how to handle the single-engine Cessna 206. While crossing the vast expanse of water there’s definitely plenty of time to ponder one’s life, and to feel gratitude for this amazing opportunity to fly, and photograph, the entire length of the Baja Peninsula.
Joining us on the mission team in videographer Jeff Litton. He occupies the seat in front me with a Canon 5D MKIII mounted on a Ken Labs gyro-stablizer. I’m shooting stills with a Canon 1DX and an image-stabilzed 24-105mm zoom. I work with ISOs between 640 and 1600 to keep shutter speeds at 1/1000 sec and above, and almost always have a polarizer filter to cut reflections and darken the sky. 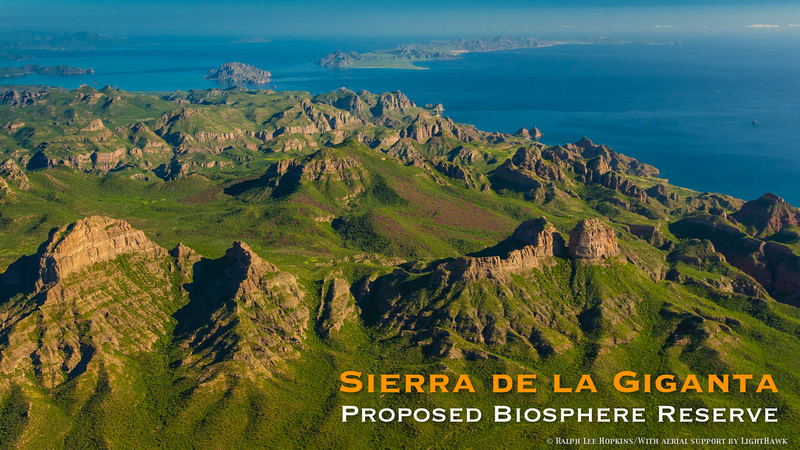 What surprised me the most is how wild the coast still remains. Following the mountainous shoreline along the Sea of Cortez we flew over bay after pristine bay. It’s a wilderness coastline with few roads because the terrain is just too rugged and unforgiving. Towns are few and far between. I'm also surprised by how green the peninsula is. In my 30 years of traveling in Baja I've never seen the desert so green. The coastline from Loreto south to the Cape region looks like a tropical rain forest. 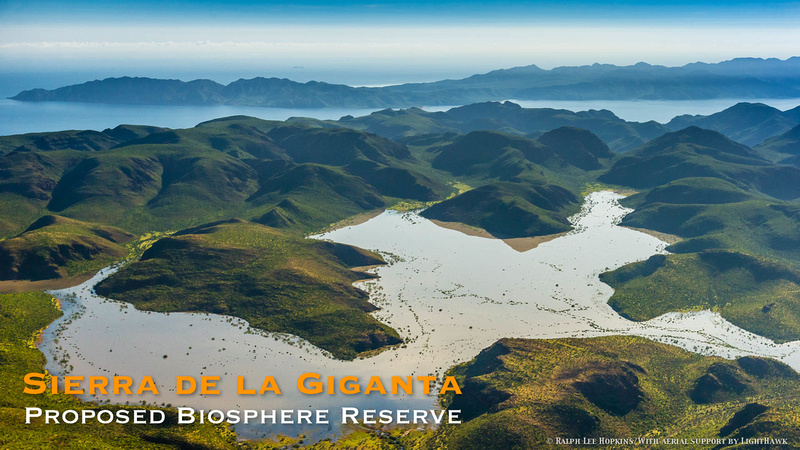 Flying over Los Cabos tourist corridor was deceiving. From the air it's difficult to appreciate the extent of the damage. But upon further inspection it was clear that all the hotels are ghost towns. All are abandoned except for cleanup crews and security. Normally you would see people crowding the courtyards and the pools. But there was no one. With windows blown out and no electricity or water, the 26,000 tourists who weathered the storm all took the first flights home from San Jose del Cabo. The airport has been closed for weeks to all incoming flights, since the control tower and terminals were all heavily damaged, requiring extensive repair. 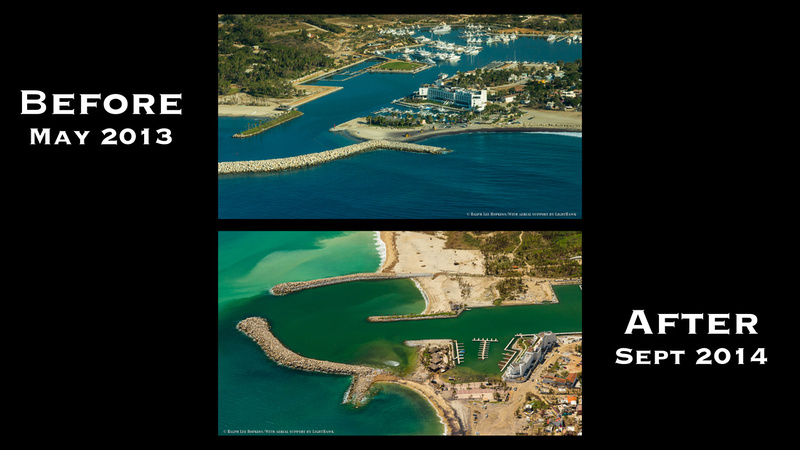 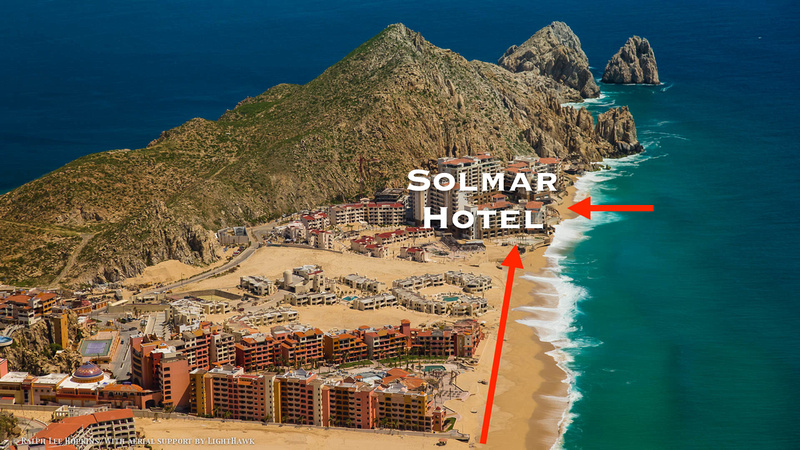 Perhaps most apparent from the air are the hotels at land end that suffered the most damage. The Solmar Hotel was hit the hardest. With its seawall located in the surf zone, it was only a matter of time that Mother Nature sent a reminder. 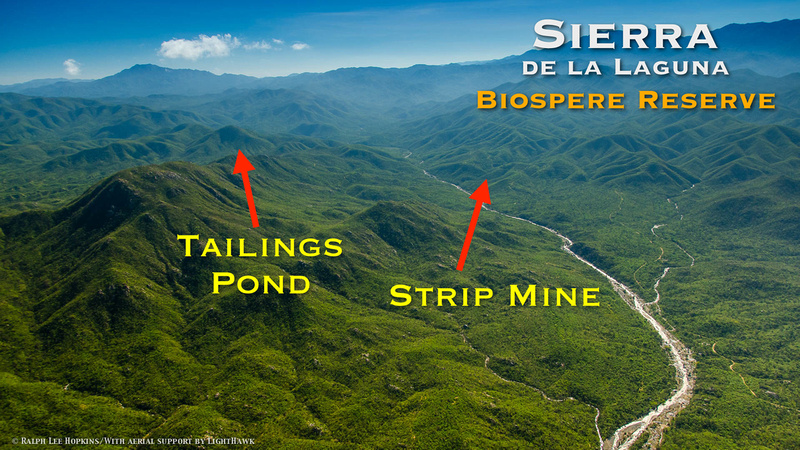 In a span of three days, we have flown 1700 nautical miles, captured 8000 geo-tagged frames, and shot 8 hours of video. These images will be added to the Baja Aerial Archive managed by the International League of Conservation Photographers (iLCP), and are available for scientists and conservation groups working to protect Baja’s wild coast and Sea of Cortez.

The hope is that we will learn from this storm and work to protect Baja's wild coast and offshore islands from future developments that negatively impact the fragile ecosystems. 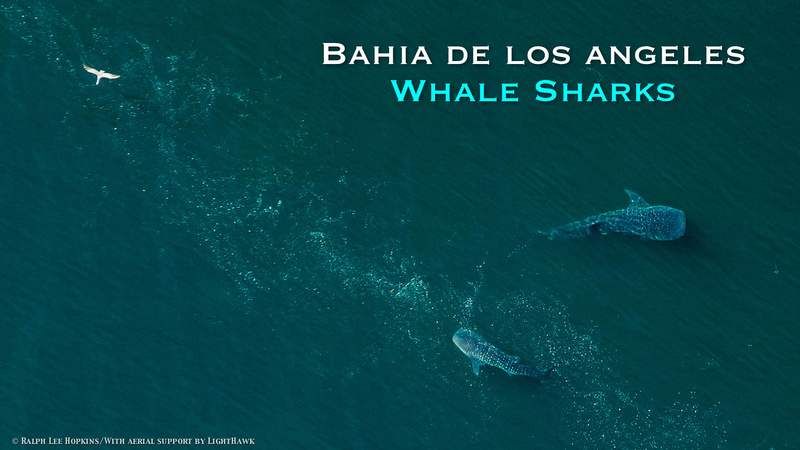 ​This expedition was funded by the International Community Foundation, Packard Foundation, Mexican Fund for the Conservation of Nature, WildCoast, Resources Legacy Fund, and made possible by the LightHawk pilots of conservation.