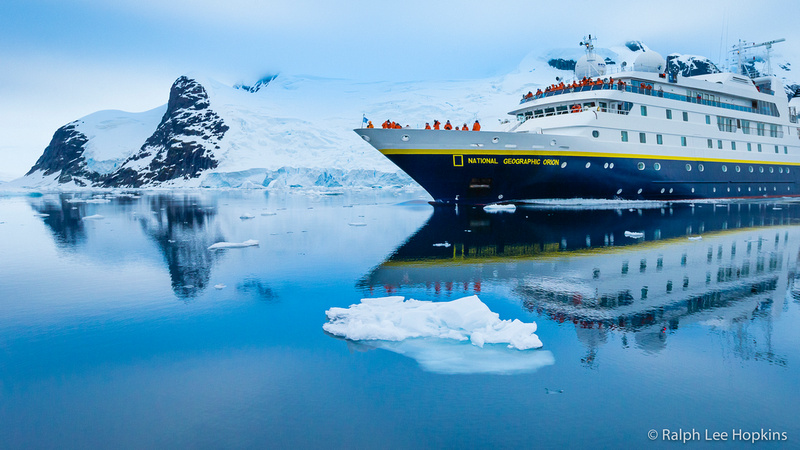 Stepping ashore holding a book of Frank Hurley's photographs from 1915-16, I see the same rock formations before me as in the photo. We're standing at Cape Valentine. Today is January 6, 2015. It was here on April 15, 1916 – Elephant Island just over 100 years ago – that Sir Earnest Shackleton and his men first came ashore after 170 days camped on the ice.

Frank Hurley was Shackleton's expedition photographer and filmmaker. By the time they were marooned on Elephant island, he  was frost bitten, starving, and in pain, with only a few frames of roll film left to document what would become one of the most famous moments in the history of Polar Exploration. Hurley had state-of-the-art equipment for his time, and continued to shoot strong compositions despite their perilous situation.

In contrast, my images are from a series of voyages on board the National Geographic Orion, where I'm warm, well-fed, and comfortable. Modern digital technology is lightyears ahead from Hurley's day. I can shoot an infinite number of digital images and switch to video with the push of a button. Imagine Hurley hoarding his film, like his next piece of food, wondering if his images will survive the ordeal.

If I were to meet Frank Hurley today, he would think I was from outer space, rather than the future. The way we travel today would seem so far fetched from 100 years ago.

I download and store images every day on the latest computer equipment, and store gigabytes of information. Like magic, I can see my images seconds after I make them. Today we use PhotoShop in the digital LightRoom, in place of the traditional chemical darkroom.  And most amazing of all, I connect to the internet to send images over satellite from remote corners of the world.

I am thankful for the ships and professional seaman that take you there safely in comfort and style.

The National Geographic Orion departs Ushuaia on December 27, 2015, almost 100 years to the day that Shackleton's famous Endurance Expedition headed south from South Georgia and into the Weddell Sea in 1915. 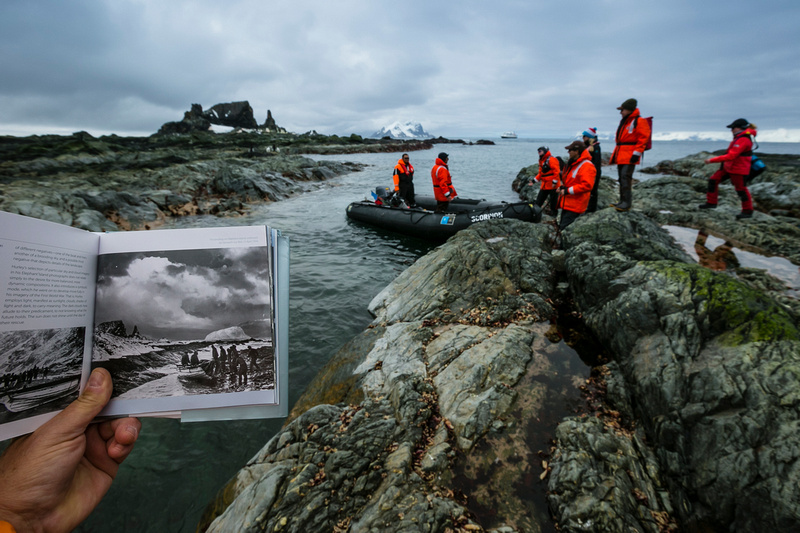 A window of calm weather presented the opportunity to land at both Cape Valentine and Cape Wild. It's a rare event indeed, to land on Elephant Island, one of the stormiest places on the planet. Before leaving the landing we recreate the event, but instead of the James Caird it's a Zodiac. And instead of feasting on seal blubber, we're going back to hot soup on the warm confines of the National Geographic Orion.

Shackleton's story is a well-known epic tale of leadership and survival, their ship Endurance sank after being crushed by the ice in 1915.  After spending months on the ice, the expedition members clung to the rocky shores of Elephant Island. In the end, all the men survived, saved by "The Boss" following his heroic open-boat crossing in the James Caird from Elephant Island to South Georgia. Numerous books reveal Hurley's extensive archive of prints. He was clearly ahead of his time, shooting film in various formats, while also taking the time and effort to also shoot motion picture film

Our modern story written on this 2015-16 expedition on the National Geographic Orion, is recorded by our experiences and captures in digital images of whales, penguins, fur seals, icebergs, and dramatic scenery. For most of us, it was a trip of a lifetime.

The realization that we are truly in Shackleton's wake, almost exactly 100 years later, sends chills up my spine. 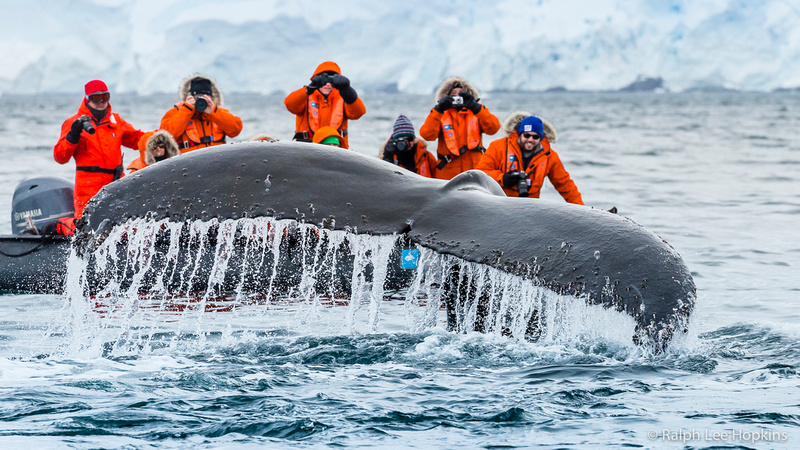 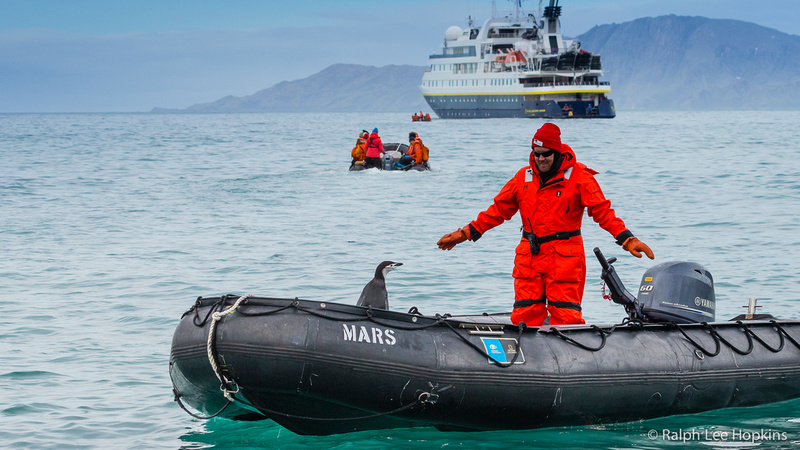 A voyage to the white continent of Antarctica is a true expedition – enduring some of the world's worst weather. Conditions here will certainly put this lens through a tough test.

In addition to challenging weather, Antarctica and South Georgia is where some of the world's most spectacular wildlife and sculpted ice bergs are set against mind-blowing scenery.  But to get there you must navigate Drake's Passage, crossing the turbulent waters of the Southern Ocean. Out there in the swells and wind-drven waves offers a great opportunity to photograph sea birds, including albatross, giant petrels, and a great variety of prions. 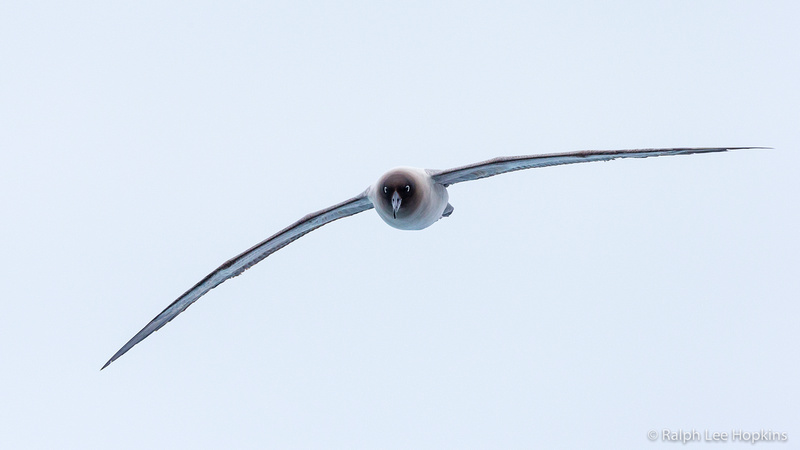 Bracing myself along the ship's rail on the Cafe Deck, one by one black-browed albatross approach at eye level. Locking focus on a bird flying towards you requires continues (servo) focus model and a fast shutter speed to stop the motion. On a moving ship I'm going for shutter speeds 1/1000 sec and above, at ISOs ranging between 640 and 1600. If the light is fairly constant, I'll shoot in either Aperture or Shutter priority paying attention to shutter speed. If the background is changing between bright sky and dark water, I'll with to Manual Mode and meter off a middle tone, gray water, blue sky, or the deck of the ship. In Manual I can shoot with confidence with changing backgrounds. 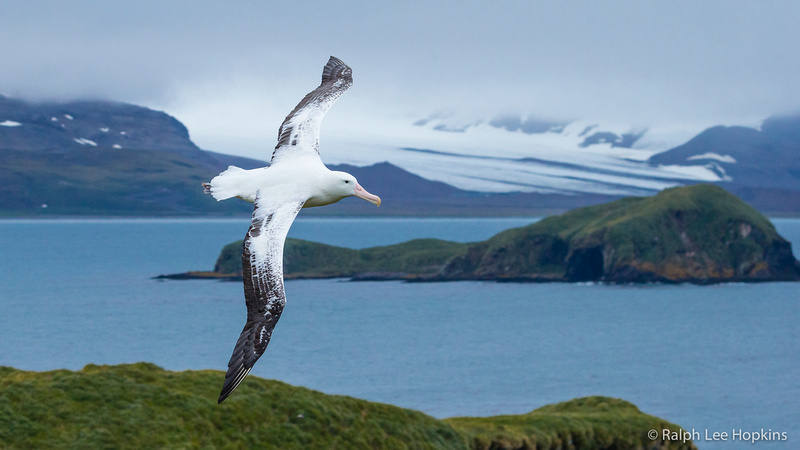 Right on cue, seabirds are following the ship. The seas are rolling and there's enough wind to blow the tops off the waves. Cape petrels dark across our wake like supersonic fighter jets. Also looming are albatross of several varieties. Most numersous are black-browed albatross, of which 70% on the Falkland Islands.  The Holy Grail of birds in the Southern Hemisphere are the majestic wandering albatross, the largest bird flying bird in the world. Wanderer's nest primarily on South Georgia. We visited the Bay of Isles to photograph them in flight and on the nest, making a daring landing on Prion Island among the Fur Seals. 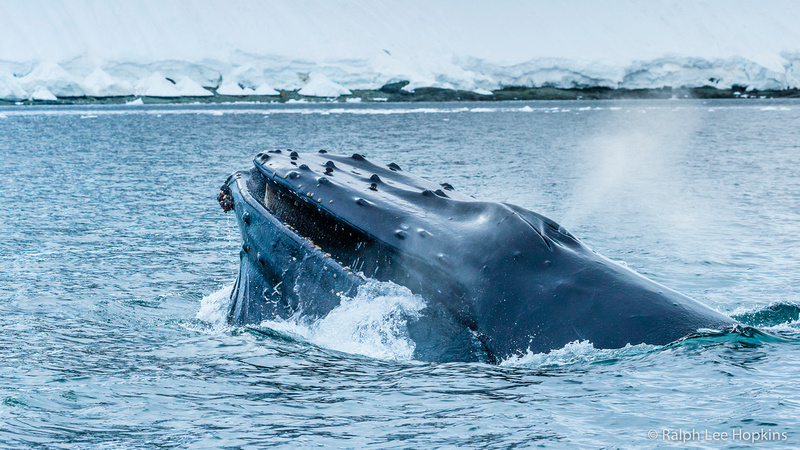 With the high ISO capability of modern DLR cameras I've been transitioning from heavy, prime lenses. At around 2 lbs., I love the freedom of the 100-400 zoom, hand-holding on moving platform, like on deck or from the Zodiacs. And, unlike the 70-300, it has a collar for working from a monopod or tripod. Ib my view, with the high-quality of image files of today's high resolution cameras, it's better to use a smaller zoom lens (cropping in post for the added reach), than to struggle with big glass. 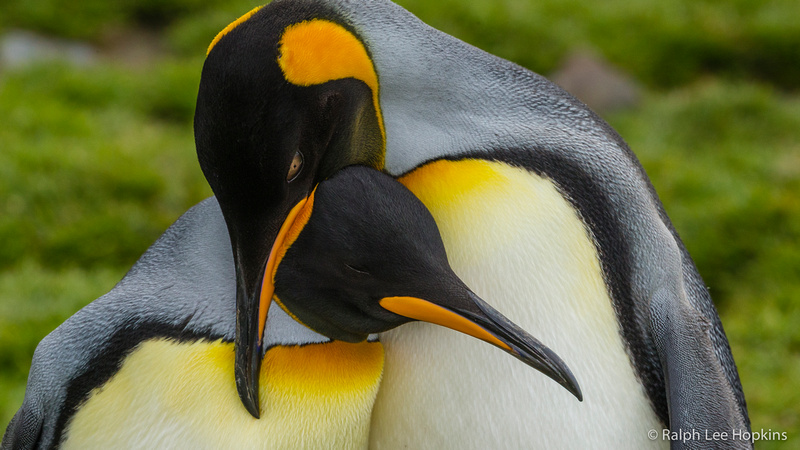 Experienced photographer's learn that there's a moment to every photographic situation, and those moments are fleeting. With albatross and other seabirds, the key moment when they tilt their wings, banking as they soar above the waves. Against the water, I use a single focal point to be sure I nail the focus and back-button-focus, so the camera is not trying to focus behind the waves. 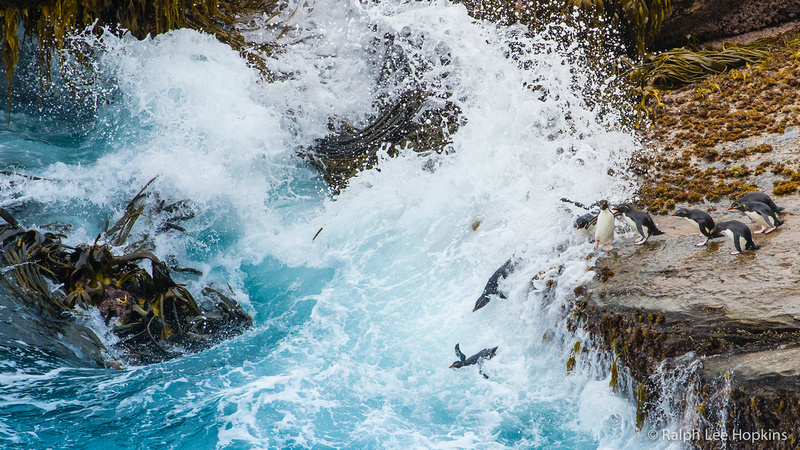 The White Continent of Antarctica is Earth's last great wilderness. There's no place that can compare in scale or beauty. The first time you go south is for the penguins and the wildlife. The second time, you go for the ice.

Polar fever, that unexplained longing for the ice, is real. It's Polar Fever that beckoned early explorers to return again and again, some ever to return. The legendary explorers – Amundsen, Scott, Mawson, Shackleton – and place names that will live forever – South Georgia, Stromness, Grytviken, Elephant Island, Cape Valentine, and Point Wild.

We are modern-day explorers from a different time, yet we have witnessed some of the same places as Shackleton and his men. For sure, an expedition for a lifetime and shared experiences I could never have imagined.

From a Tango Hotel in Buenos Aires, Argentina