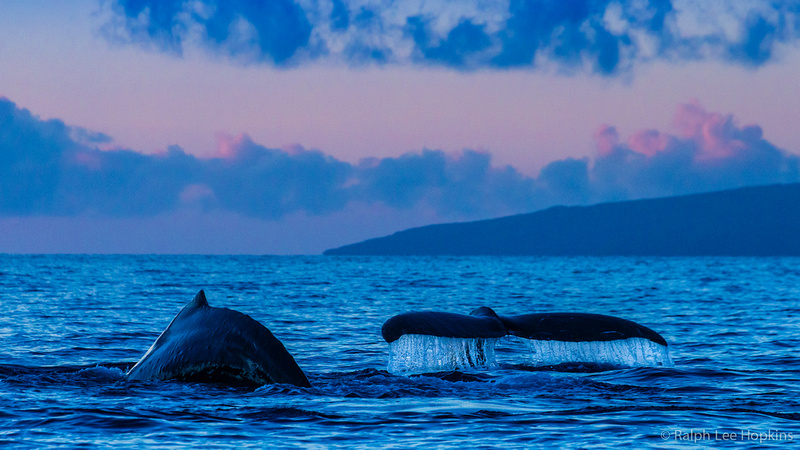 We casted off from the Mala Ramp in Lahaina just before sunrise. Clouds on the far horizon hid the full moon, snuffing out any hopes of a breach against the moon at sunrise. The morning started off slow. We encountered mom's with calf and escort in tow, breath holders disappearing for another deep dive, and a worn out competitive pod taking a breather.

Conditions were ideal for crossing the Pailolo Channel towards Molakai. Everything changed at 7:16 am with the first breach. A whale's first breach often is the highest, and this one was an acrobatic display with the tale fluke almost clearing the water line. Taken by surprise, we all missed it. Luckily it happened over and over again, as a small competitive group of whales breached twenty times or more, while chasing a female playing hard to get, no doubt. Or could it have been the full moon? It's still anyone's best guest why whales breach. 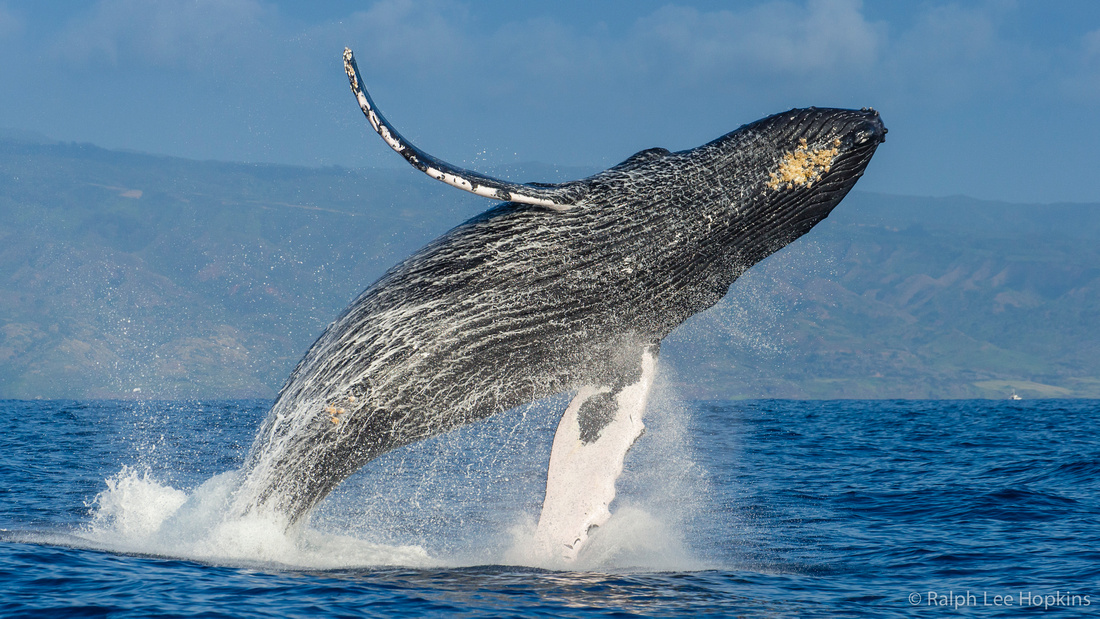 As photographers, we dream of repetitive behavior, and that's exactly what happened. For the next 58 minutes there were at least 20 breaches, about one every 3 minutes according to the metadata recorded in the photos. Working from a small boat it's easy to shoot both above and below the water, dipping the underwater housing over the side in situations where the whales approach us. For action above water, I use my 70-300 zoom on a Canon 1DX with it's blazing fast 10 frames per second. Below water where things happen more slowly, I use a 14mm fish-eye lens on a Canon 5D Mk 111 in a Ikelite dome port housing.

Each winter, humpback whales swim 2500 miles from their feeding waters in Alaska all the way to the Hawaii Islands to breed and raise their young. From around November-December and on into March-April, it's a gathering of whales in the warm protected waters off Maui like few places on earth. 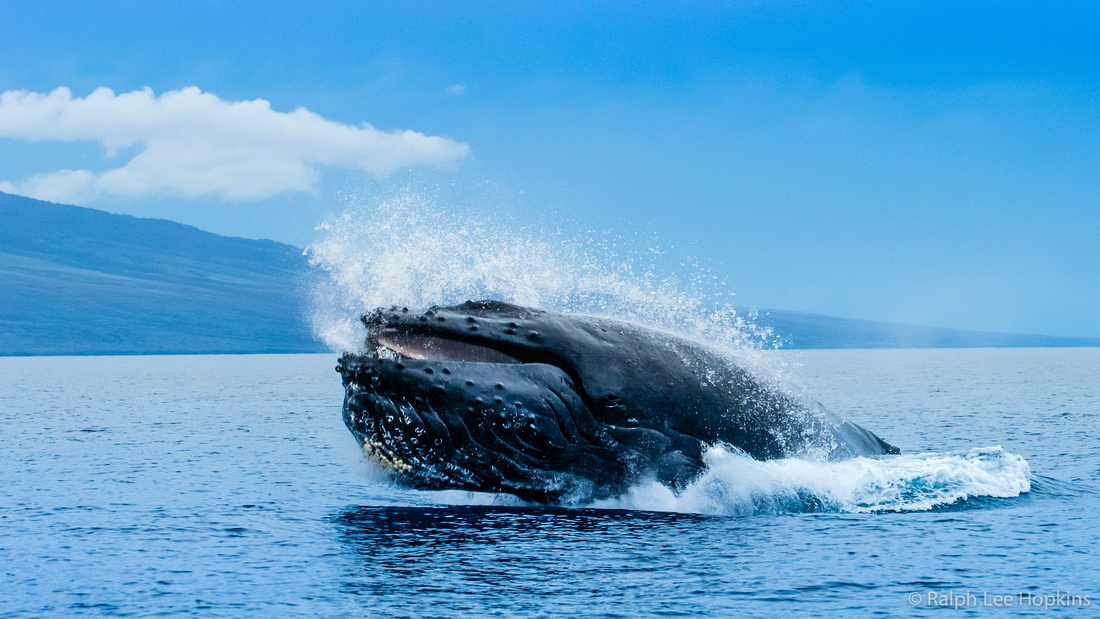 What I love about observing and photographing the whales is the mystery – so much remains unknown about their life and behavior. The most fascinating behavior of all is when a pair of whales become curious, briefly adopting our boat, spy hoping for a closer look. It's anyone's guess what they're thinking, but it's no mystery that they are checking us out, and from very close range. A dream come true...

One thing is for sure, during the courtship and mating seasons it's a dance of grace and beauty punctuated by moments of power and aggression. Somehow it works, as the whales are doing well and increasing in numbers by about 7% a year. In fact, the North Pacific population is believed to have recovered to pre-whaling numbers exceeding 20,000 animals, good news and a conservation success story. 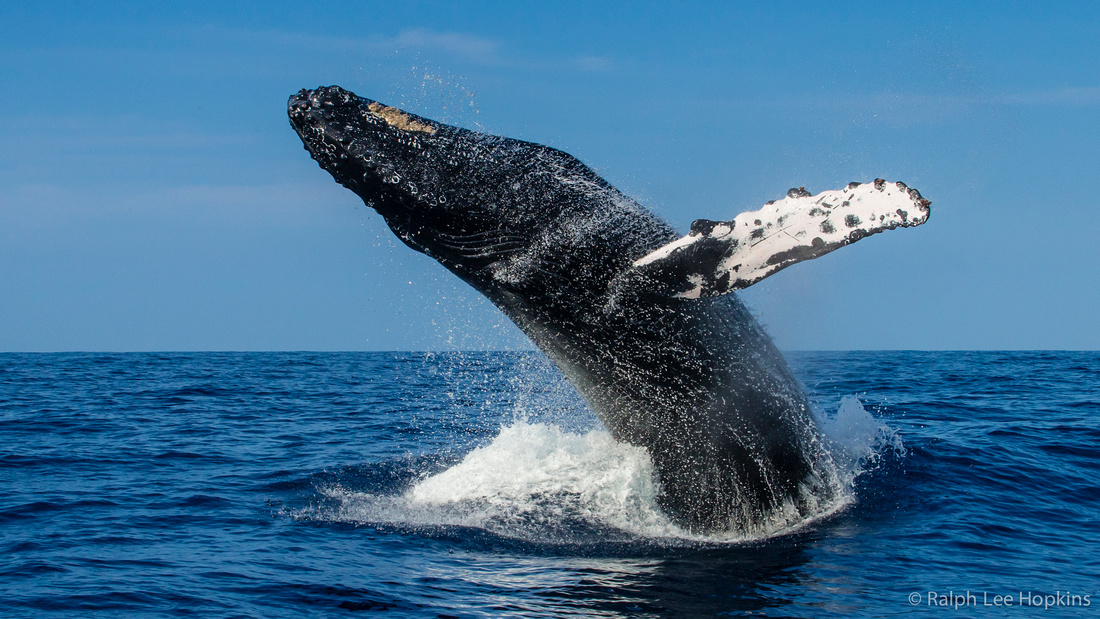 And each year whale researchers and whale lovers also gather in Maui for the annual WHALE TALES event, organized by Whale Trust Maui to help raise money for ongoing research about the lives of these magnificent air-breathing marine mammals. A popular item in the silent auction was a trip with Lindblad Expeditions-National Geographic on board the National Geographic Sea Bird to Southeast Alaska to visit the Hawaiian humpback whales in their summer feeding waters. 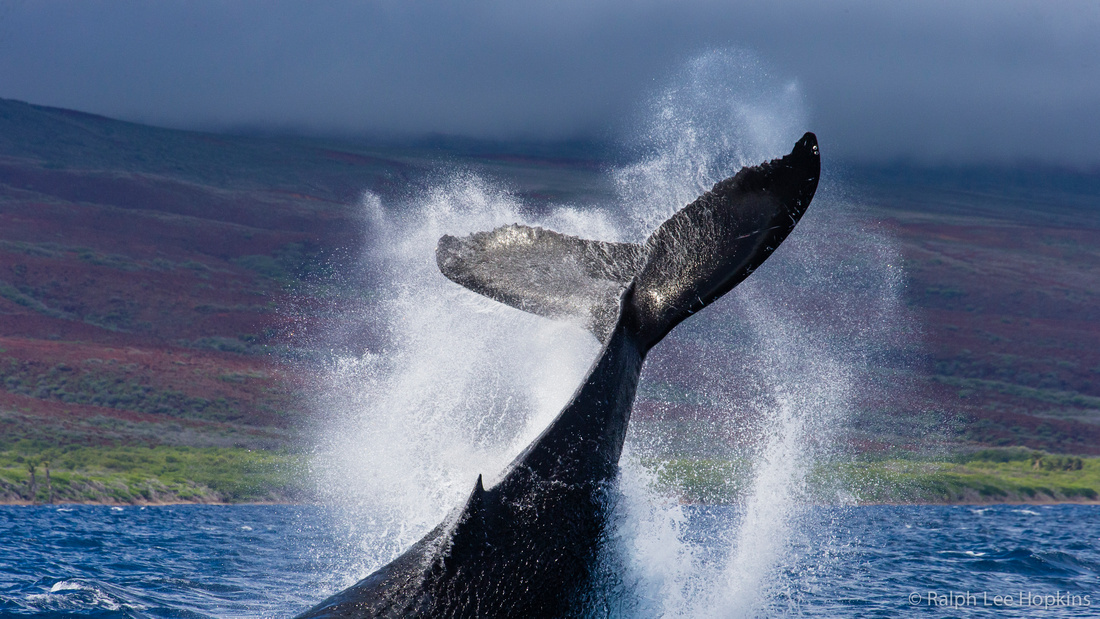 Don't miss the next Whale Tales event in February 2015. And to visit the Hawaiian humpbacks in Southeast Alaska, check the expeditions offered by Lindblad Expeditions-National Geographic.