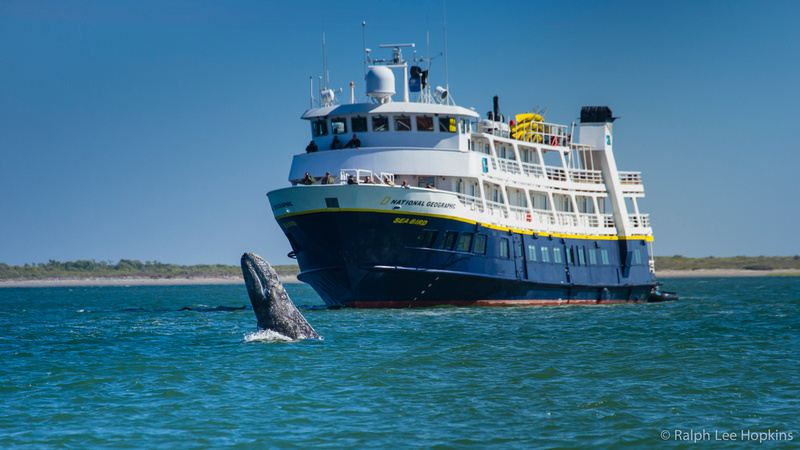 It was a month on the water like few others. From the friendly whale lagoons of Magdalena Bay, to water-level views of pilot Whales. A rare sighting of a great white shark feeding on a dead sperm whale, to sperm whales swimming under the bow of the National Geographic Sea Bird. Perhaps the most amazing sighting of all were the killer whales swimming along side the ship in the moon light, if not for the bioluminescent dolphins almost as a nightly occurrence. This is why we come to Baja California and the legendary Sea of Cortez. 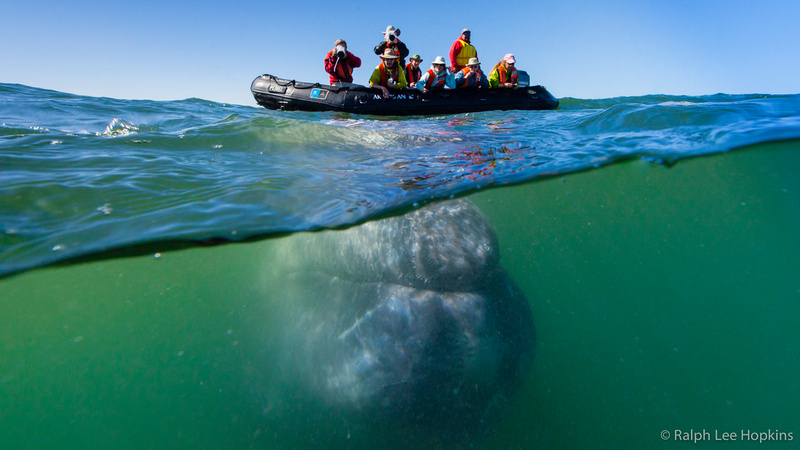 The best thing about an expedition is the element of surprise.

Around midnight on the National Geographic Sea Bird, our Hotel Manager, Erasmo, and Chef, Eric, were out looking at the moon on the fantail, the lowest deck at the stern of the vessel where we load Zodiacs. Sailing in San Jose Channel along the Baja Peninsula, the sea was flat calm, reflecting not only the moon, but each and every star and several planets too. 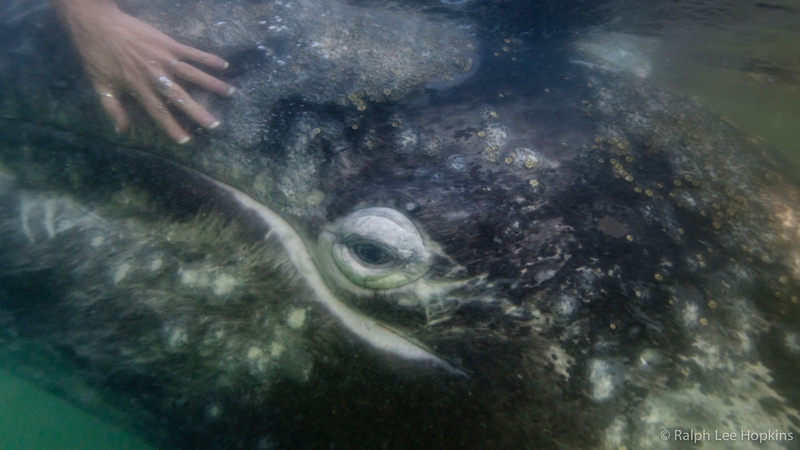 Then, as if in a dream, a large male killer whale leaped from the water and looked them in the eye, it’s six-foot tall dorsal fin towering above them and reflecting in the moon light. “It was the most amazing thing ever,” said Erasmo, “I could have touched the whale, but instead my instinct was to pull Eric back from the rail. The animal was that close!”

The Bridge was informed that the ship was being followed. Expedition Leader, Sue Perin, woke up all the guests. The killer whales, of course, were simply curious, checking out the ship and making several very close passes under the bow, rolling on their side looking up as us. For more than an hour, a small pod of five whales swam along side. In complete awe, when we couldn’t see them, we could here their forceful blows echoing off the flat calm water. Although a third of the world’s cetaceans are known to visit the Sea of Cortez, sightings of killer whales are relatively rare. For everyone, seeing whales in the moonlight was a dream come true. Even today’s modern digital cameras have troubling handling dim moon light from a moving ship. I shot a few frames with the ISO cranked up to 25,000 at a shutter speed of ¼ second, good enough to make a couple of images to document this most unusual experience – whale watching under the full moon. 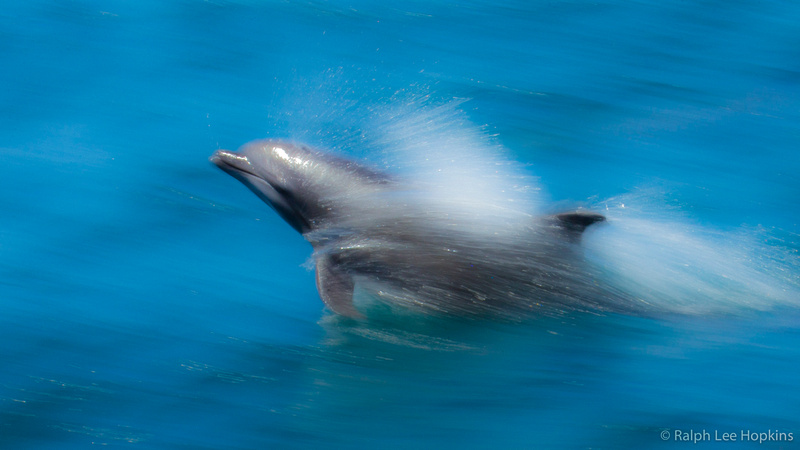 Little did we know at the time, the killer whale sighting was just a very early start to what would prove to be a very long and amazing day. Just after sunrise we encountered a huge pod of long-beaked common dolphins feeding along Isla del Carmen within Loreto Bay National Park. For more than an hour before breakfast, the ship cruised slowly with a few hundreds animals darting in all directions, bursting together in small teams, and making impressive leaps above the surface. After breakfast, Senior Deckhand, Clem, spotted a lone humpback whale whale which swam circles around the ship, making short dives, surfacing again and again at very close range. With each dive, this 40-ton animal would raise its fluke, eliciting cheers from the crowd assembled on the bow. 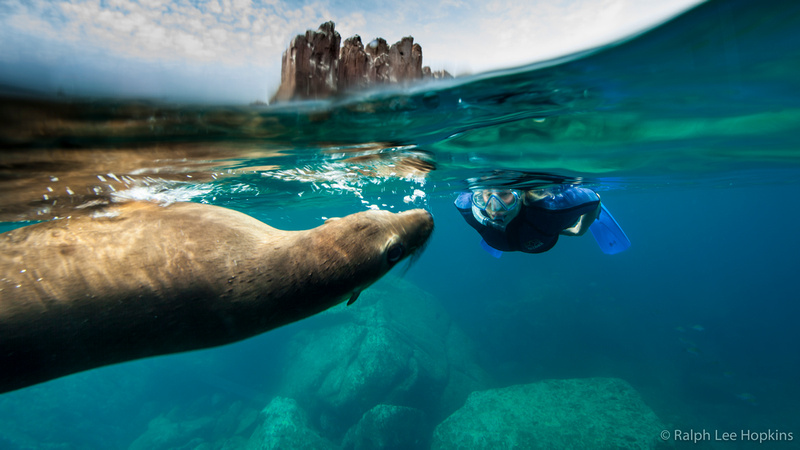 After lunch we enjoyed a busy afternoon of watersports, kayaking and snorkeling in Bahia San Juanico along the Baja Peninsula. After short sunset walks, the ship’s crew treated us to dinner on shore with the full moon rising over the National Geographic Sea Bird anchored in the bay. But the day still wasn’t complete, as a few of us still had enough energy to stay up or wake up to catch a glimpse of the total lunar eclipse. 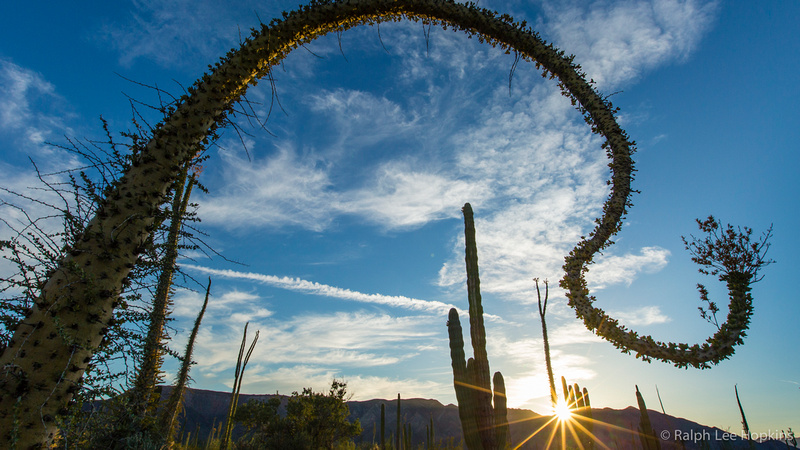 Killer whales in the moonlight, hundreds of dolphins feeding around the ship, a humpback whale circling the ship, kayaking and snorkeling along a rocky coastline, sunset walks, a rising full moon over the Sea of Cortez, and a total lunar eclipse… For those who were here to experience the magic, today will simply be remembered as one of the best days ever!