We've come to Maui to be with the whales, and for Whale Tales, an annual gathering of researchers, photographers, filmmakers, and conservationists. Like the endangered humpback whales that migrate across the Pacific Ocean to socialize in the warm tropical waters, many of us have also traveled a long way to listen to expert presentations and be with the whales – all which helps support the whale research being done in the Hawaiian Islands Humpback Whale National Marine Sanctuary.

Whale Tales, FREE and open to the public, is organized by the Whale Trust Maui, a non-profit organization co-founded by Jim Darling, Flip Nicklin, and Meagan Jones to help support, promote, and conduct scientific research, and also to communicate the findings to a broad audience. Few people on earth have spent more time with whales than National Geographic photographer Flip Nicklin. It was an honor to hear Flip and the other dedicated researchers tell the stories of their ongoing work. Conservation partners also involved with Whale Tales include the Hawaii Whale Research Foundation and Center for Whale Studies.

What surprised me most listening to experts is how much about their behavior is still unknown. Hawaii is the largest breeding ground for humpback whales in the North Pacific, however despite decades of observations much remains unknown. For example, no one knows why they migrate here from their feeding grounds in Alaska to mate and give birth, or why male humpbacks sing during the breeding season, or even why whales breach. There are many ideas and theories, but these giant marine mammals are like mysterious creatures from the deep. And as incredible as it may seem, the birth of a baby humpback whale has, to date, never been directly observed. All these mysteries makes being among them even more exciting.

For me, this is the first time being with the same whales that I've photographed in Southeast Alaska on voyages with Lindblad Expeditions and National Geographic. We witnessed a great variety of behaviors and experienced a couple of close encounters that we'll never forget. I shot over 1,000 images in an all-day outing, with a few "Hail Mary" underwater shots off the back of the boat.

The dates have just been set for next year's Whale Tales event – February 15-17, 2014. Come be with the whales and help support the ongoing humpback whale research. But be careful, whale watching is addictive... 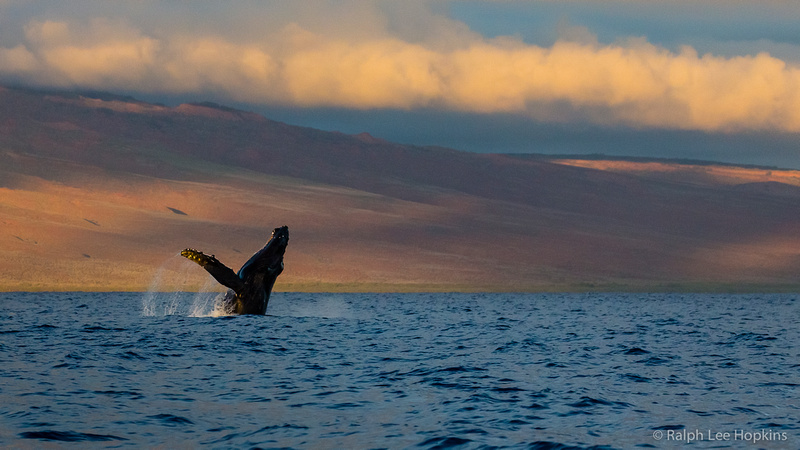