Doors Off over Baja – Dispatch from Baja California, Mexico 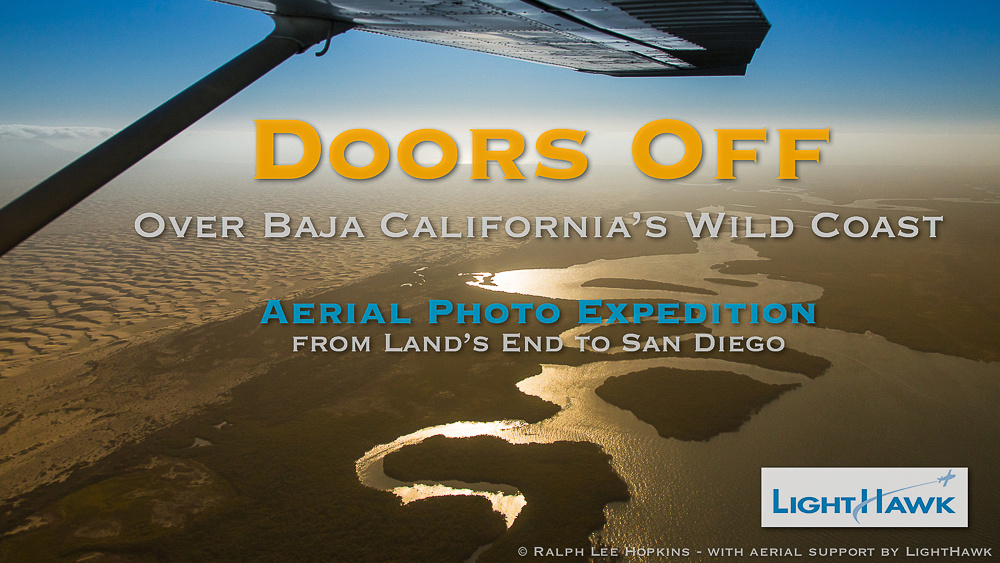 Doors Off over Baja California

Although we landed in San Diego a week ago, I still have not come down from the adventure of flying over Baja California during the first photo expedition of the

This was not your normal flight-seeing operation, but an adventure full of uncertainty, military checkpoints, dirt airstrips, and, fortunately, an awful lot of good luck. 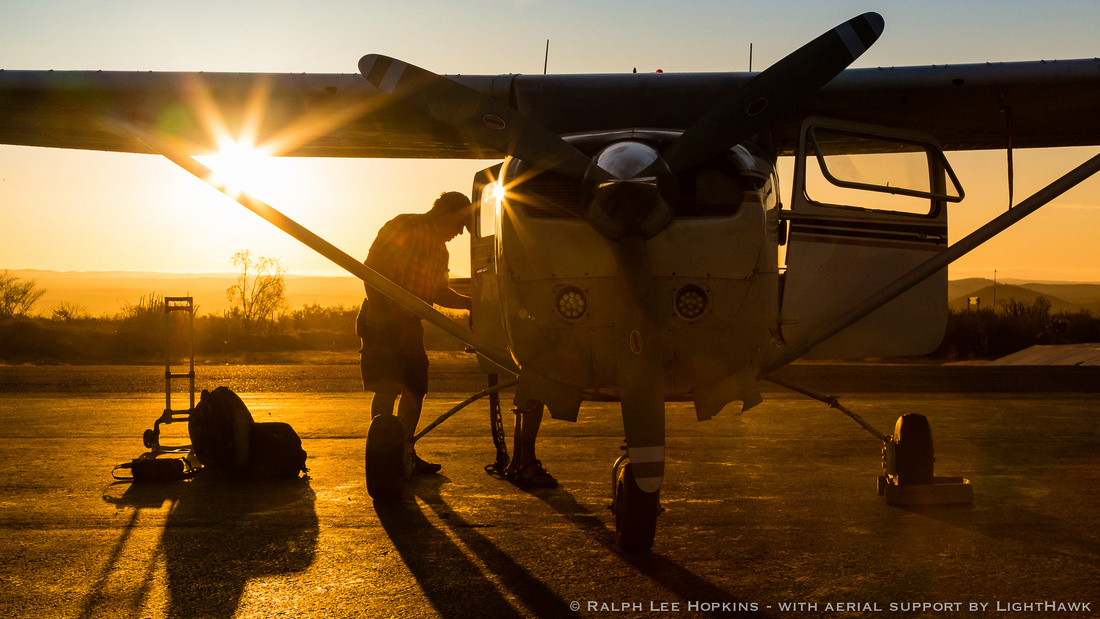 LightHawk’s battle-tested Cessna 206 is the perfect high-wing aircraft for aerial photography,  especially flying with both cargo doors off. With nothing between me and the earth 1500’ below, I had the best seat in the house. For safety, I was strapped in a harness designed by the US CoastGuard, and also a seatbelt.

The most difficult part was avoiding sensory overload. Every take-off and landing was an adrenaline rush for sure, but once in the air at our exploring altitude, it was total bliss being in the moment with camera in hand as one incredible scene merged into another. 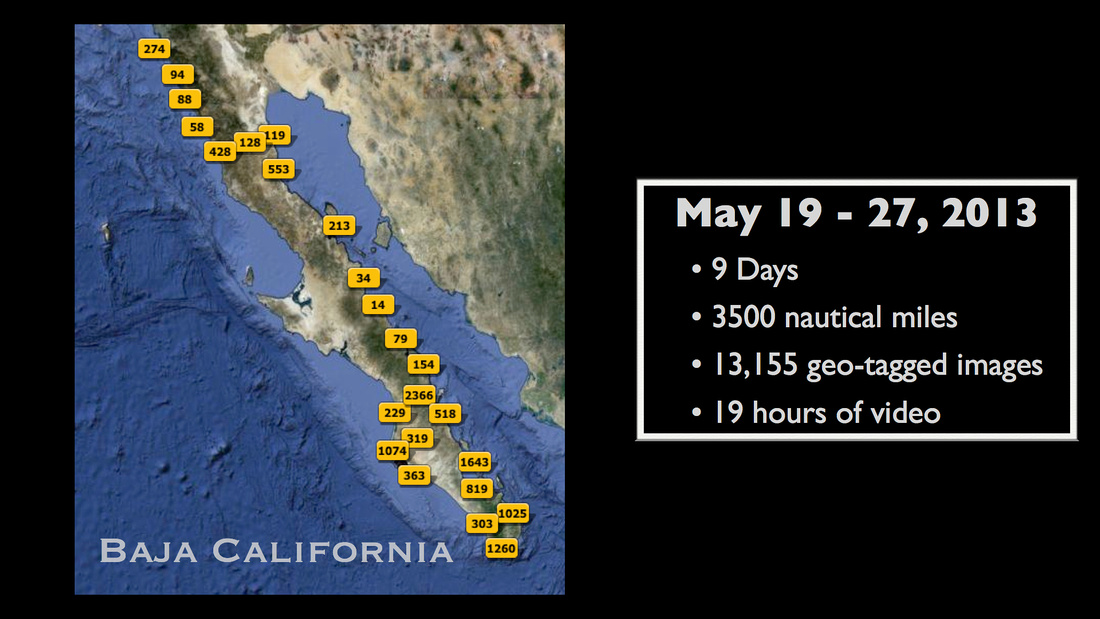 And we didn’t fly in straight lines either – covering over 3,500 nautical miles or 3.5 times the length of the Baja Peninsula in just 9 days. 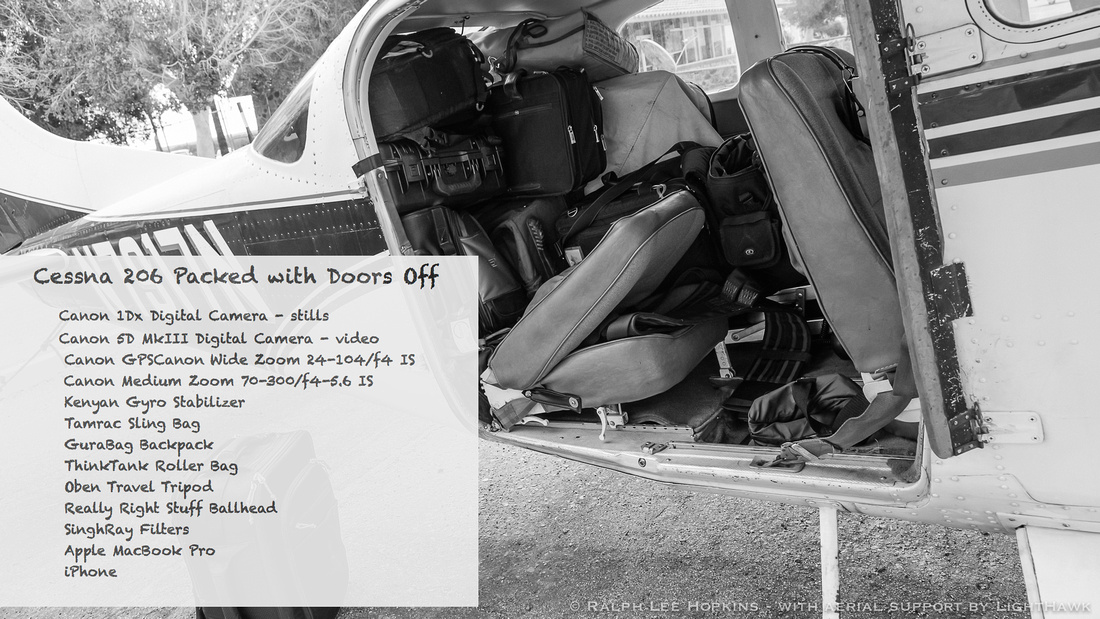 Since tracking the location of the images was of critical concern, B&H Photo outfitted me with a Canon 1DX and GPS receiver, so that all of the 13,000+ images shot on the expedition are properly geo-tagged with lat/long co-ordinates. My workhorse lens was the Canon 24-105mm zoom, paired with the Canon 70-300mm zoom. Singhray ND grads and a polarizing filter helped narrow the exposure values between the bright landscapes and dark water. The camera was mounted on a Ken-Lab gyro-stabilizer to help minimize vibration, permitting me to work at shutter-speeds down to 1/500 sec. at ISO 800-1600 between f/4-f/8. 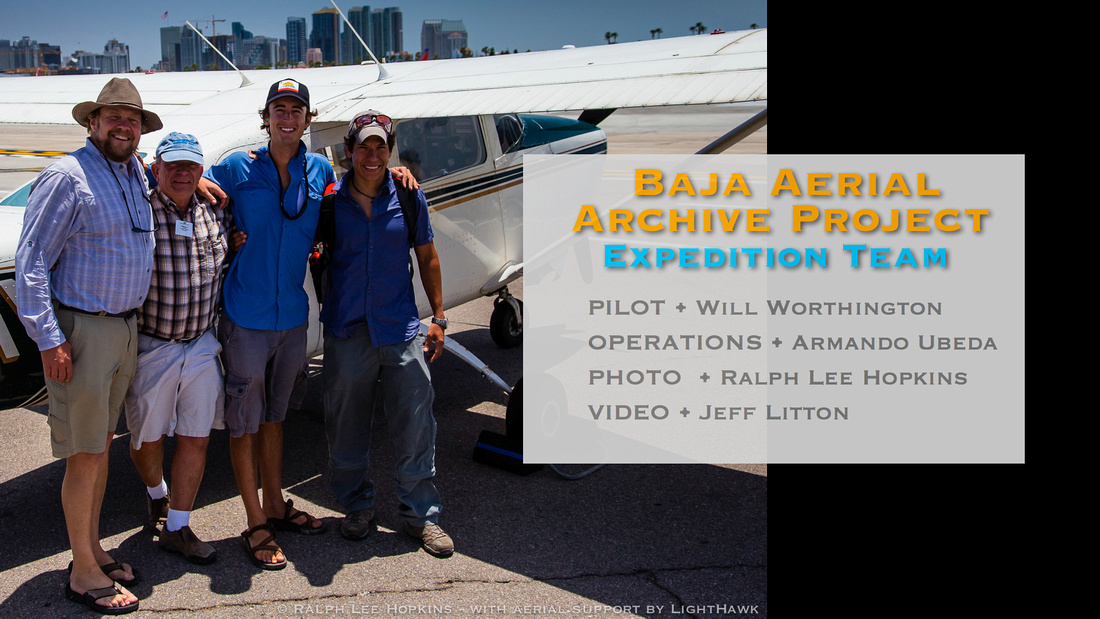 We had the best pilot for the mission Colonel Will Worthigton, a volunteer pilot and board member with LightHawk, and also a retired civil engineer with the US Army Corps. We also had the best operations manager, spotter and chief negotiator/diplomat, Armando Ubeda, Program Director for LighHawk.  And teaming with me for video is filmmaker/photographer, Jeff Litton, a virtual energizer bunny always shooting while being squeezed into the tightest seat. 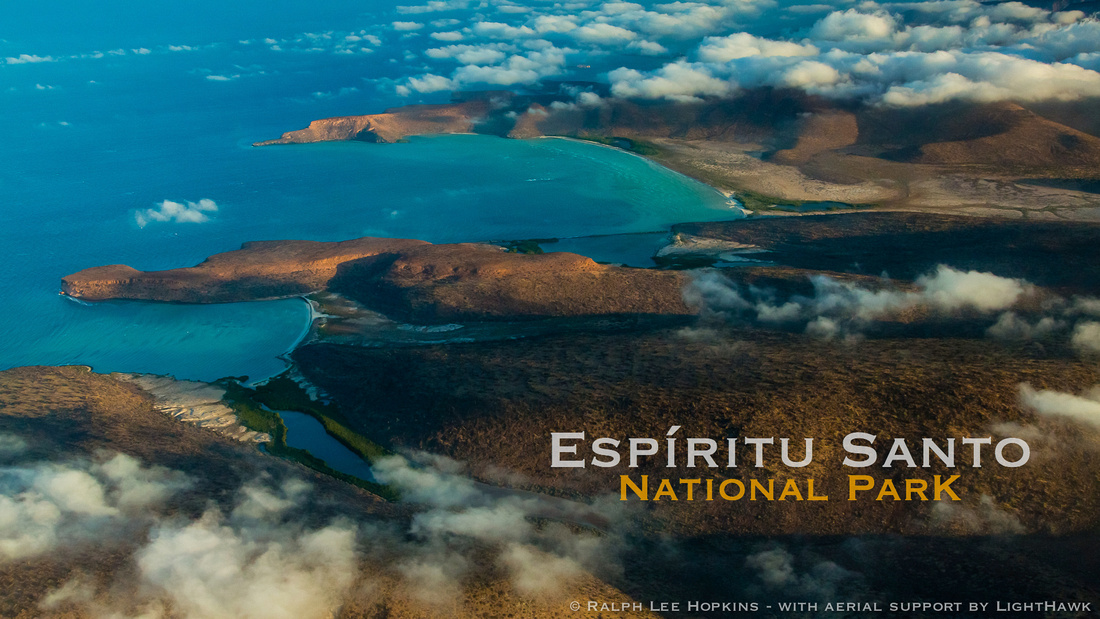 It was a photographer’s dream working with “the Colonel.” His plane-handling skills, together with his great appreciation for desert landscapes and understanding of coastal processes, helped us be in the right spot at the right time, flying not only for the best light, but also for the best composition. We worked well together, sometimes circling 2 or 3 times to get the best angle. At one point, we circled 700 feet above two humpback whales that breached repeatedly for 18 minutes. 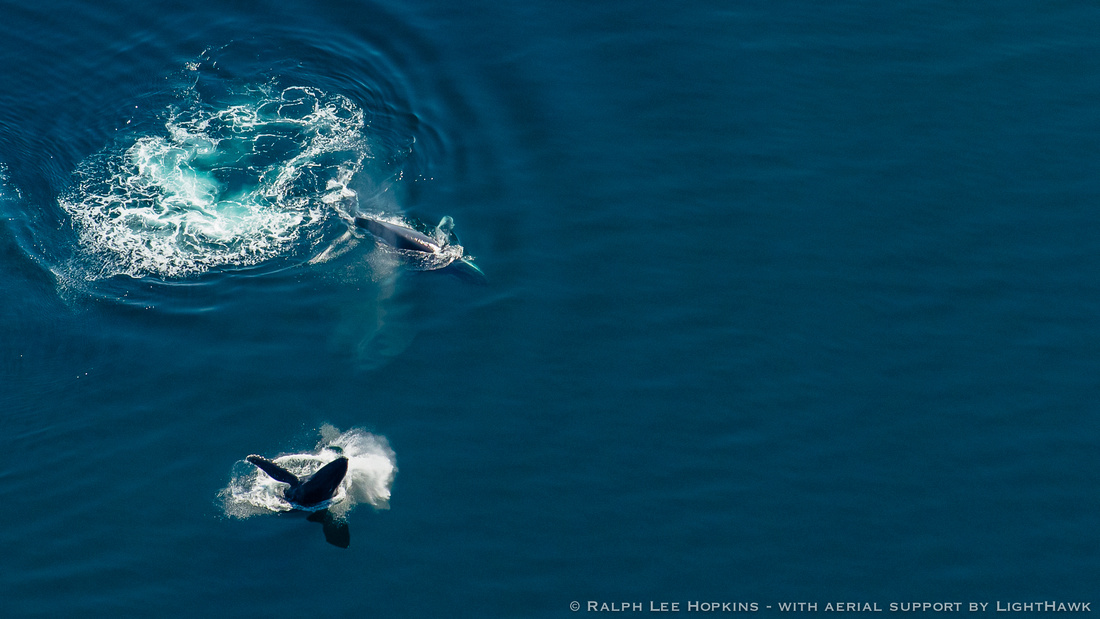 Connecting the dots from our zig-zag itinerary, we flew from the over-developed tourist sector of Cabo San Lucas, to the noisy, motorized playground of San Felipe, then across to the Pacific Coast at San Quintin, skirting Picacho del Diablo, Baja’s highest point rising 10,000 feet above the sea in Sierra San Pedro Martir National Park. We flew almost the entire length of the mountainous coastline along the Sea of Cortez, the entire length of Magdalena Bay and the Sierra de la Giganta, circled over 500,000 nesting seabirds on Isla Rasa, and along the west side of Isla Ángel de la Guarda. 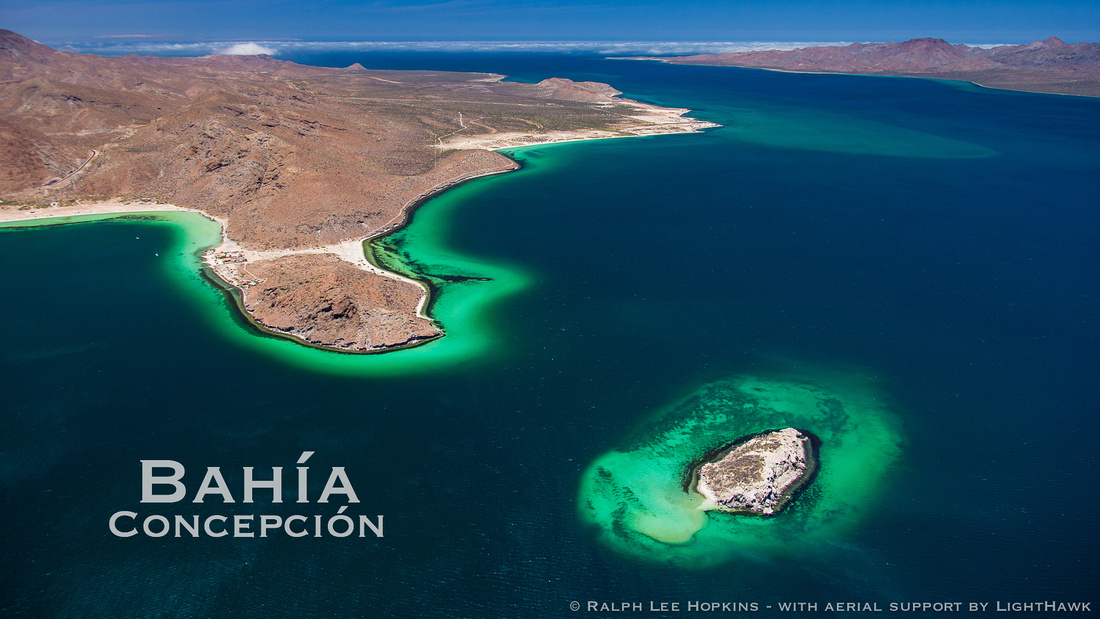 The Colonel was right when he remarked, after landing in San Diego, “If I hadn’t insisted we get back on course, we’d still be circling the blue whales off Punta Colonet.” 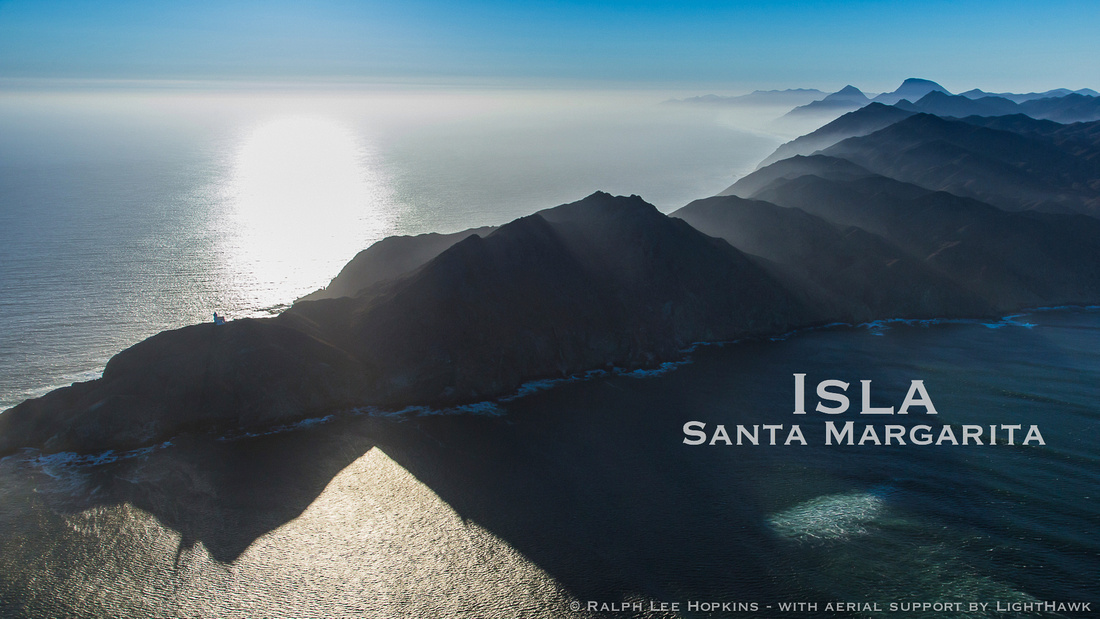 In between photo opportunities, there was plenty of time to ponder the amazing world we were flying over. 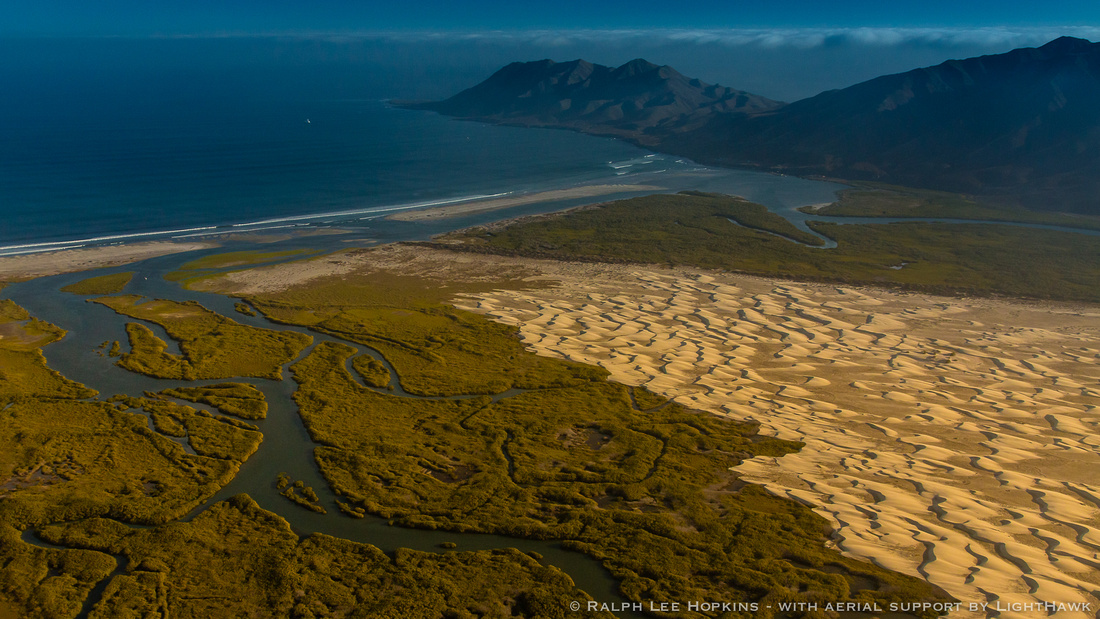 What impressed me the most was how much of Baja remains wild, with its vast expanses of desert wilderness, jagged mountain ranges, and endless coastlines. The Baja peninsula is where the desert meets the sea, a young landscape pulling away from mainland Mexico by the same plate tectonic forces that creates earthquakes in California, USA. In between the madness of Southern California and Cabo San Lucas remains one of the world’s last great treasures, not unlike the Galapagos Islands, with many endemic species unique to Baja and the islands along its shores. 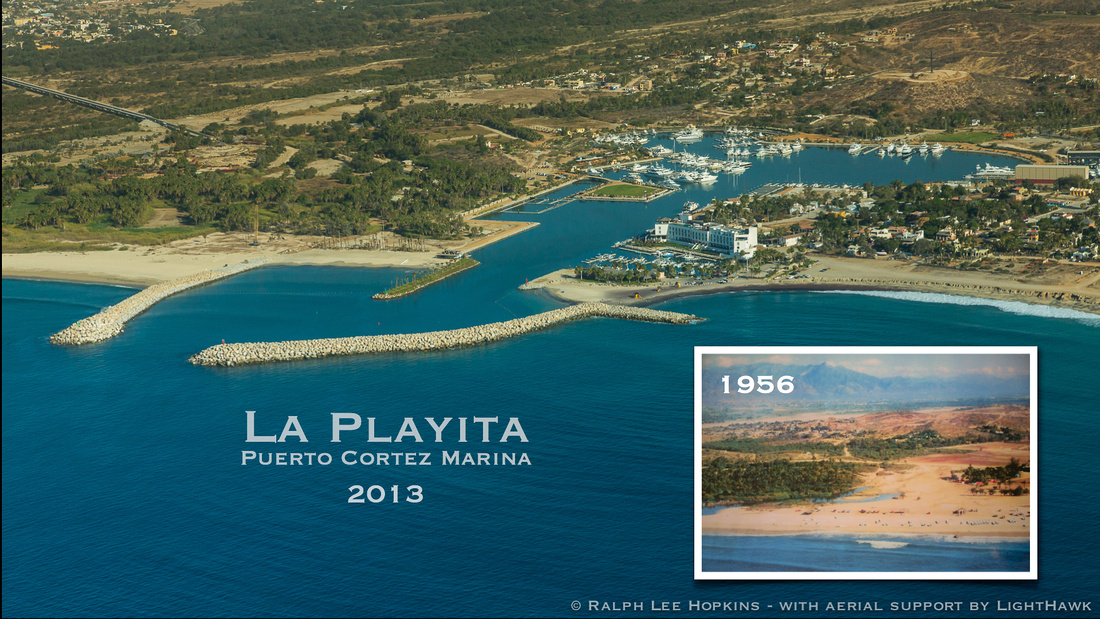 On the flip side, what also impressed me is the huge  impact  large-scale, mega-developments has on Baja’s coastline, with marinas being carved into wetlands, golf courses being watered in the desert, and high-rise hotels blocking the waterfront and limiting public access to the best beaches.

From the air I also learned how dynamic the coastline is with the barrier islands and beaches shifting with the seasons, and when breached, how coastal processes cause severe erosion, significantly altering the beach profile, while destroying nesting habitat for endangered sea turtles that come ashore to lay their eggs. 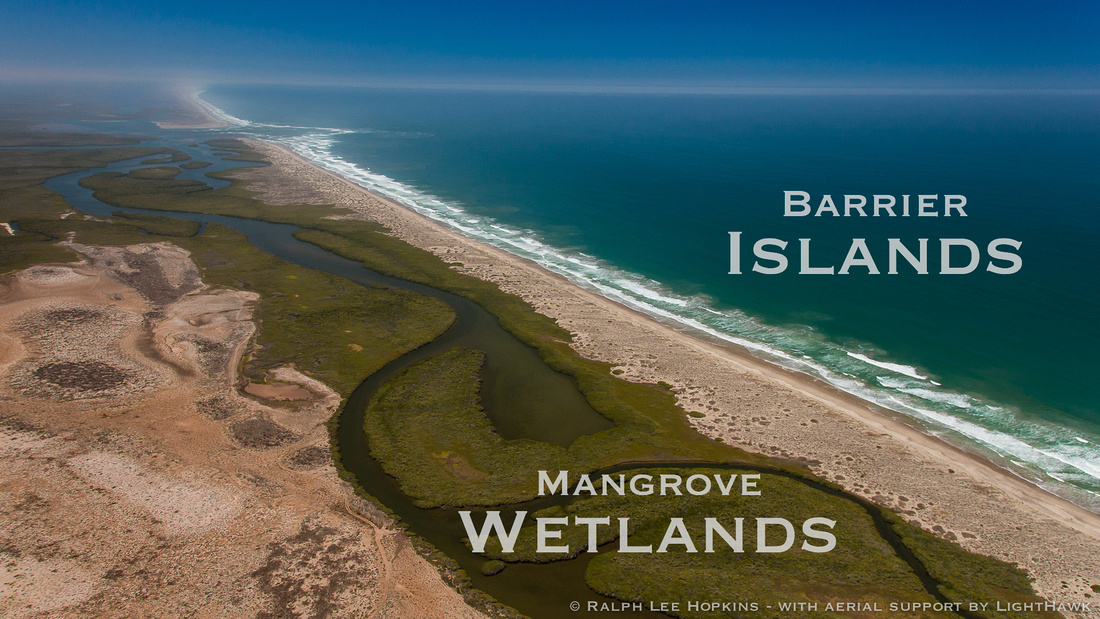 And I could also see from the air how fragile the coastal wetlands, estuaries, and lagoons are, not only the obvious impacts along the coastal zone, but also disturbances in the headwaters of the watershed, often hidden out of view from the ground. 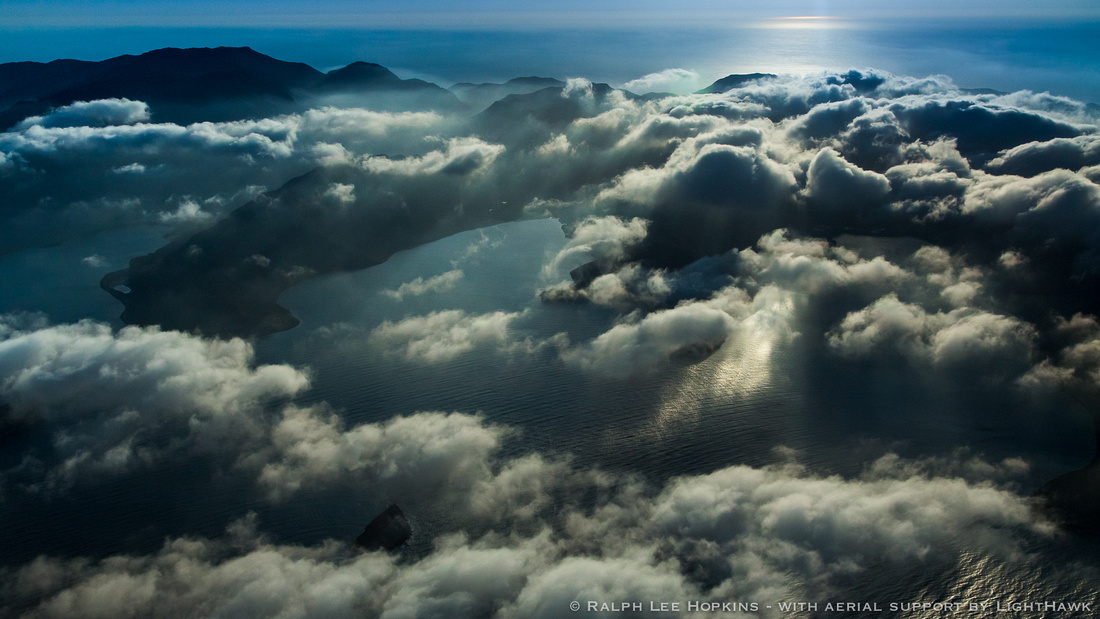 But what I will remember most is what an honor it was to ask, “Colonel, Sir, any chance you can raise the wing just one more time? Thank you, Sir.” 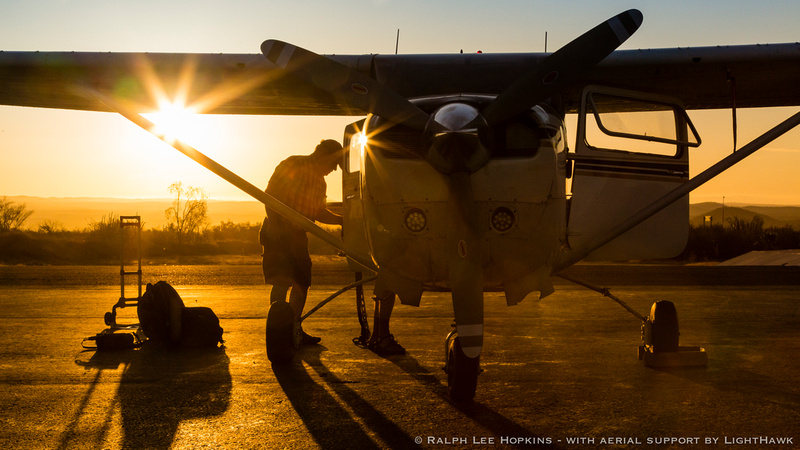